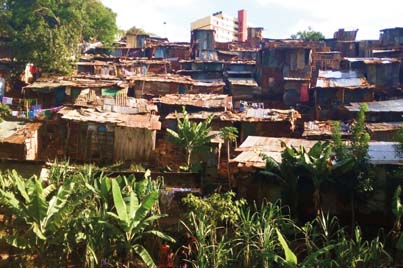 The world needs people who become a presence and a prophetic sign of the Kingdom of God. In a more ‘secular’ way, the world needs ‘utopian spaces’ according to the two etymologies of the word ‘utopia:’ a good place (from eu-tópos) or a place that is not there (from ou-tópos); the first refers to the creation of spaces that respond to the deepest hopes of the human heart, the second highlights the awareness of the limits of every attempt to create such spaces once and for all. We believe that, in Nairobi, the first beneficiaries of a space like this must be the socially and economically most vulnerable dwellers of the slums, who live with the constant threat of losing even the little they have, due to the demolition of their shacks.

We want to create an egalitarian community of sisters and brothers that especially welcomes the oppressed – be they excluded, impoverished or discriminated against – sharing paths of liberation and hope with them, in dialogue with all men and women of good will. This community will be ecumenical and interreligious, open to all without distinction, and aim at integral liberation of the person. It will, therefore, implement economic, social, spiritual and cultural paths of liberation, since all these dimensions are always intertwined.

To create a community space where the different paths of liberation, coordinated by Pepea Trust, meet and fecund each other.

The paths already in place are the following:

1) care of street children, together with disabled people left to themselves and devoted to begging;

2) organization of a national and international network of medical personnel and structures to tackle the health situations of the most deprived (Pepea Trust collaborates with the NGO Rainbow For Africa);

3) support for Deep Sea Simama CBO, a base community made up of the inhabitants of the Deep Sea slum, which monitors the situation of the poorest people in the slum, encourages micro credit and savings activities, and pledges to improve the hygiene conditions of its dwellers;

4) creation of new jobs through a profit-sharing company; this company, Afrika Pendaneni limited, belongs to a group of women who sew reusable menstrual pads, and a group of caregivers; both groups are made up of people residing in Deep Sea slum;

5) legal commitment in favour of those who have legitimate property rights on the land they occupy, in particular the same inhabitants of Deep Sea slum who, although they were in that place before Kenya gained independence, live in terror of seeing their shacks uprooted in the course of a single night;

6) offer of lessons, by a group of young teachers residing in the Deep Sea (‘I care’ Don Milani Association), to poor boys and girls of the slum who attend secondary school, with the aim of improving their cultural preparation and developing their critical thinking;

7) offer of the Course of the Popular Reading of the Bible that allows to spiritually empower the poor and make them discover the power of the Word of God to transform reality;

8) finally, a proper cultural path of liberation is also being developed, in order, on the one hand, to treasure the enormous riches of African culture and religiosity and, on the other, to translate our experience into a theological thought that can illuminate the life of all those who are engaged in similar paths, holding dialogue with those who are developing a similar theological reflection in the world.

Pepea Trust has been given, from a farmer, a 450 square meters piece of land as a donation; it could really become a place of ‘salvation’ for the dispossessed of Deep Sea, on their way to those liberation paths just described. According to the Judeo-Christian religious tradition, peoples can achieve freedom and happiness only by residing in a place where particular conditions are fulfilled. In the Old Testament, Israel’s freedom from slavery finds its fulfilment in the Promised Land; while at the end of the New Testament humanity is welcomed into the city of the Heavenly Jerusalem. We are aware that it would be only a very small sign of ‘restitution’, however this tiny sign could trigger a movement capable of involving many other people and realities.

Our goal is therefore to build a structure that can, at least partially, satisfy the needs required by the ongoing activities. The fact that the structure will belong to a trust guarantees that no one will be able to change its purposes, which comply with the statutory purposes of the trust. 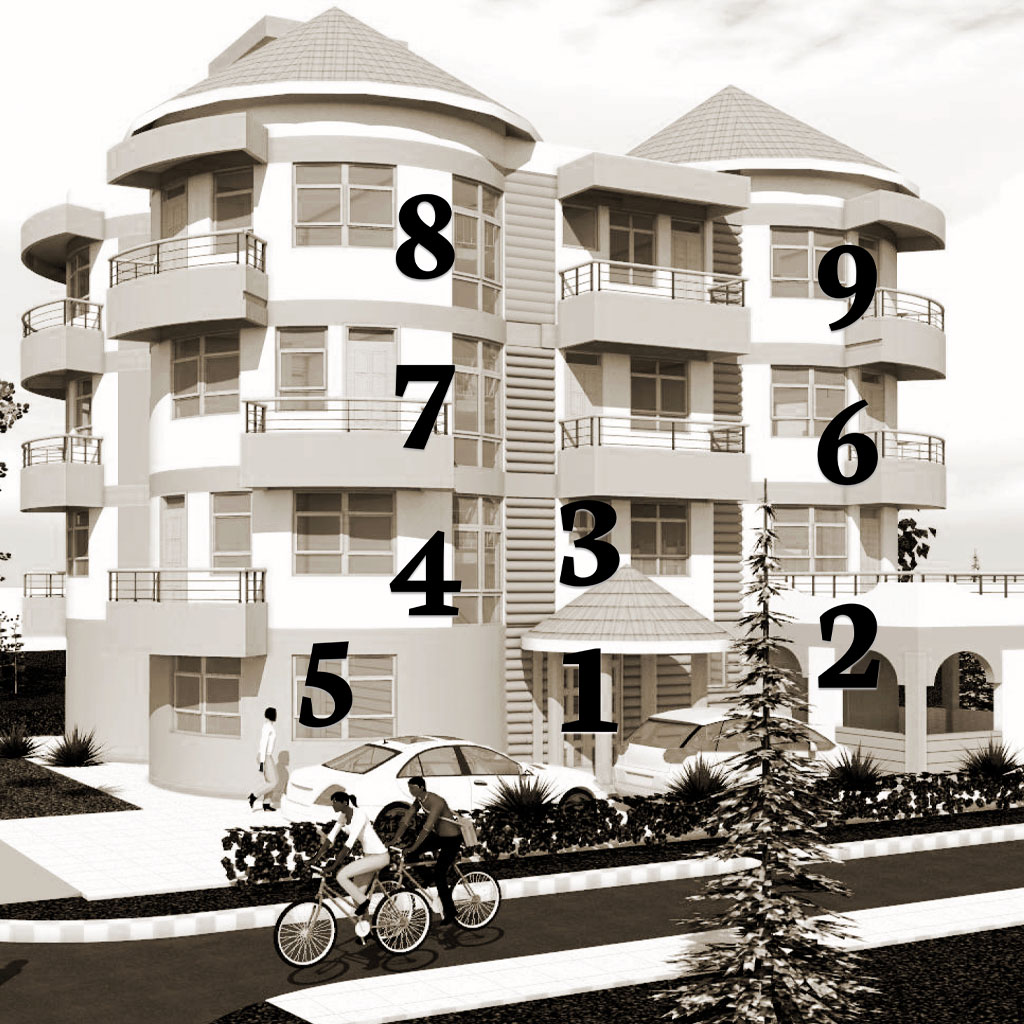 The construction should have the following requirements:

1) a conference room, that can also function as refectory and liturgical hall;
2) a kitchen that can also be used to prepare culinary products for sale;
3) bedrooms for abandoned children, disable people and carers or educators;
4) a room for medical assistance;
5) two classrooms for primary and secondary school pupils;
6) a tailoring room;
7) a room to devote to the study centre for theology and African culture;
8) bedrooms for guests and volunteers;
9) the laundry room.

Since the land available is too small to have all these facilities, the building will necessarily have several floors.

The facility in question is intended to serve the following ongoing projects:

1) Taking care of disadvantaged minors and even some disabled adults in every aspect. At the moment there are almost 50 children and young people I am taking care of together with the volunteers through sponsors who come from Italy and the United Kingdom using a friars account, but soon everything will be managed by the Pepea Trust.

2) The creation of productive activities for the ‘women’s cooperative’ Afrika Pendaneni Limited. Now they are producing reusable cotton pads (for women in villages, slums and secondary school girls) but in the future they will be able to produce clothing and if they have hygienically adequate spaces, culinary products. At the moment he worked in some premises we built in the Deep Sea slum.

3) The offer of reception spaces for volunteers for the medical staff of Rainbow For Africa and the volunteers of Engim, who intend to provide their service in Kenya. At the moment this staff is hosted by the friars’ accommodation.

Become part of our community, support us! 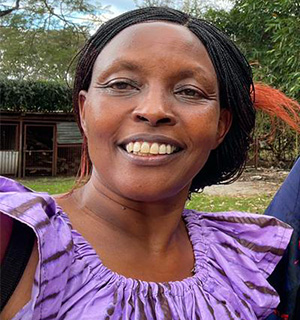 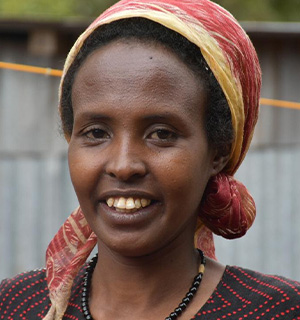 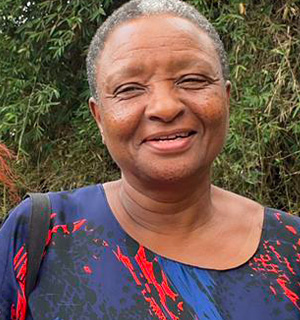 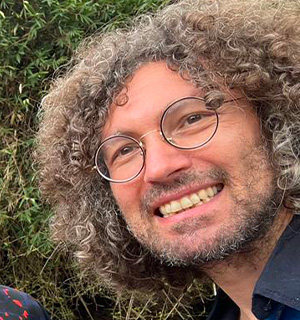 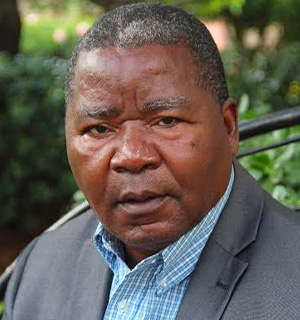 AUTHORITATIVE MEMBERS OF PEPEA TRUST
Pepea Trust wants to be a Trust serving the poor and excluded. However, Pepea Trust does not consider the poor just as the recipients of its charitable activities, on the contrary, they are its real partners, for this reason someone of its trustees comes from the slum in Nairobi. The members of the Trust are the following...

The Pepea Foundation (Pepea Trust) received a land of 450 square meters. So we decided to put it on service of slum dwellers.